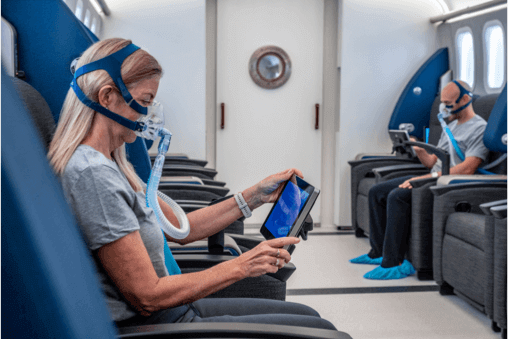 A landmark study in Israel has found that hyperbaric oxygen therapy (HBOT) reverses two key biological signs of aging in humans – the first study to ever make this finding. Published in the peer-reviewed journal Aging, the study shows that it is possible to target and reverse the aging process at the basic cellular-biological level. This breakthrough in the biology of aging provides scientists with a new foundation for investigating ways to slow the aging process.

Two common signs of biological aging are a shortening of telomeres on our chromosomes and the accumulation of senescent cells. Telomeres are like the hardened ends of shoelaces. They protect the ends of chromosomes from deterioration. As we age, our telomeres naturally shorten, but a yearly decrease of their length 20 to 40 bases is associated with serious illnesses. Senescent cells prevent cells from growing and their increase contributes to age-associated conditions.

In the groundbreaking study, patients aged 64 and older underwent a series of HBOT treatments. Multiple blood tests conducted during the study showed HBOT reversed the shortening of telomeres and the accumulation of senescent cells.

A medical program developed based on this study is available at Aviv Clinics in central Florida.

To learn more about the Aviv Medical Program click here.

The new study is part of an ongoing comprehensive aging research program in Israel. A different study released in 2020 showed that HBOT also improves cognitive functions of memory and processing speed, among other areas. The studies have been conducted over the course of a decade of research and caused, Dr. Shai Efrati, the co-author of the study, to develop a unique medical program available at Aviv Clinics in Florida.

According to Efrati, who is the director of the Sagol Center for Hyperbaric Medicine and Research at the Yitzhak Shamir Medical Center,

“After dedicating our HBOT research to exploring its impact on the areas of brain functionality and age-related cognitive decline, we have now uncovered for the first time in humans HBOT’s biological effects at the cellular level in healthy aging adults.”

Efrati called telomere shortening “the ‘Holy Grail’ of the biology of aging” and he developed the medical program at Aviv Clinics based upon the results of over a decade of testing, study, and research.

“The significant improvement of telomere length shown during and after these unique HBOT protocols provides the scientific community with a new foundation of understanding that aging can, indeed, be targeted and reversed at the basic cellular-biological level,” said Efrati, who also is associate professor at the Sackler Faculty of Medicine and Sagol School of Neuroscience at Tel Aviv University.

Before the study, only lifestyle modifications and intense exercise showed the ability to slow telomere length shortening. The study found that some telomeres increased by more than 20% in length, while senescent cells decreased in number by as much as 37 percent. According to Dr. Hadanny (co-author of the study) the pioneering study has:

“opened the door for further research on the prolonged cellular impact of HBOT to reverse the aging process. In just three months of HBOT, we were able to achieve such significant telomere elongation – at rates far beyond any of the currently available interventions or lifestyle modifications.” 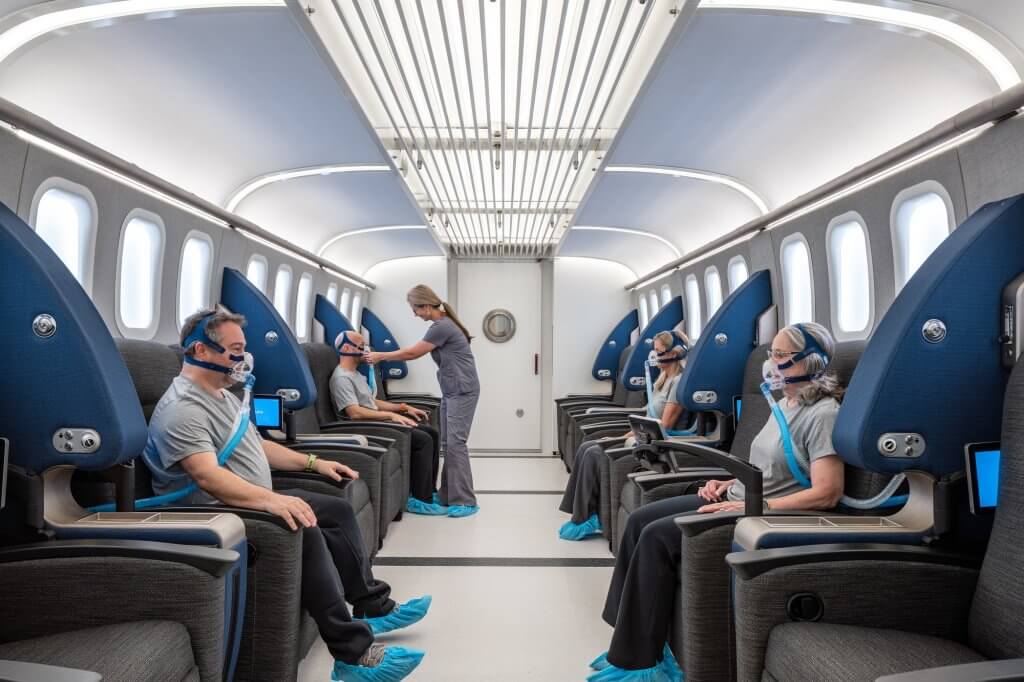 The unique hyperbaric oxygen protocol from this study is available in the United States only at Aviv Clinics at the Center for Advanced Healthcare at Brownwood in central Florida.

The Aviv Medical Program uses hyperbaric oxygen therapy combined with personalized cognitive and physical training, plus nutrition coaching, to achieve optimal results. Each patient also undergoes extensive assessments and evaluations before, during, and after their 60 HBOT sessions to monitor and analyze progress. The analysis includes MRI brain scans and CPET heart and lung tests, blood tests, motor function, genetic sequencing, and a calculation of the patient’s true biological age based on cellular performance tests.