“I feel I’m just getting by on autopilot. I feel delayed with my actions and reactions to questions and
situations.”

“It’s almost identical to what I go through when I’m awakened from a dream – just total bewilderment and almost
complete inability to process anything that’s going on.”

“Sometimes I am very far off. I’ll pause and get confused in the middle of doing things. I’m drowsy all the time
and just don’t know what’s going on.”

“I feel heavy on the front of my head, unrefreshed, similar to a hangover or jet lag.”

If this sounds familiar, then you know what “brain fog” feels like. Brain fog is a symptom, not a diagnosis or disease. It leaves a person temporarily unable to concentrate or think clearly. Brain fog can vary considerably from person to person. The term “brain fog” only emerged in scientific literature about ten years ago, but it is just a new common name for a not-so-new or unusual bodily symptom. Cognitive dysfunction by other names, like “fibro fog” to “chemo brain,” has long been known to accompany some chronic conditions.

Not all brain fog is created equally: anything from stress to dehydration to a urinary tract infection (UTI) can cause mild, temporary brain fog. COVID-19 itself may be increasing rates of a particular kind of brain fog seen in “long-haul” COVID cases. Regardless of the cause, the forecast for the brain remains the same: foggy, forgetful, and fuzzy around the edges.

Fortunately, new treatments, such as the innovative hyperbaric oxygen therapy medical protocol at Aviv Clinics, may offer relief from brain fog caused by chronic conditions like Lyme and fibromyalgia. Scientific advancements, plus understanding the causes, symptoms, and tips to manage brain fog can help you take charge of this difficult cognitive condition.

What is brain fog?

Brain fog isn’t a specific medical diagnosis, but rather an indication of something else. Symptoms can be variable, vague, and unspecific.

Many things can cause the kind of cognitive dysfunction that many people describe as brain fog. The effects of brain fog can range from harmless, transient, and annoying to exhausting, frustrating, and debilitating. Some people use the term to refer to isolated or minor transgressions that last hours or at worst days. For others it may mean significant, constant, and debilitating cognitive struggles. 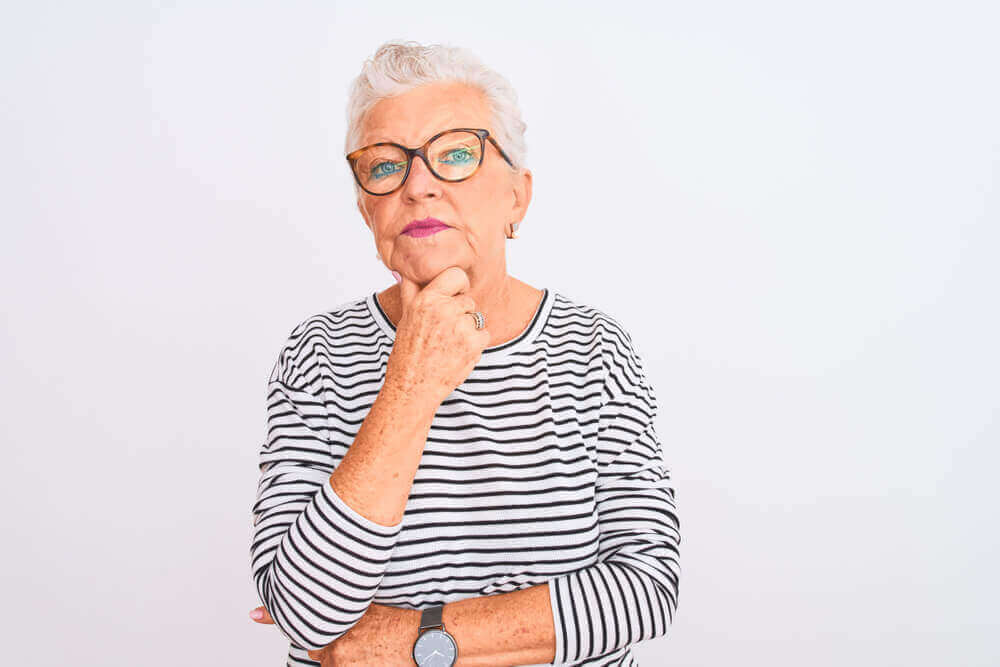 People who have myalgic encephalitis or chronic fatigue syndrome (ME/CFS) or a related condition, fibromyalgia, are no strangers to brain fog. In fact, the term most likely came from the term “fibro fog” that sufferers of both conditions have used for many years to describe the frequent cognitive challenges. Chemotherapy patients may be familiar with “chemo brain,” which is the fogginess caused by medication and not the cancer itself.

What else causes brain fog?

What can we do to help with brain fog?

Having brain fog is a sign that our body as a whole isn’t running on all cylinders, much like when we get sick with a cold or flu. Normal bodily functions don’t work as well. The brain needs constant oxygen, the right supply of nutrients, and rest in order to function well. When we start falling short in one area of health, it’s easy to spiral out of control. Looking at the list of causes for brain fog, the cycle becomes clear: lack of sleep can lead to stress, which can lead to poor diet, and so on.

Managing brain fog through good self-care to ensure general health and wellness should come as no surprise:

When should you be worried about brain fog?

Everybody forgets things on occasion and everybody is going to experience ups and downs when it comes to brain performance. Lots of factors, such as sleep and hydration, can affect cognitive ability. Starting in your mid-60s, a slight decline in mental faculties is expected due to normal aging. Forgetting names, words, or walking into a room and forgetting why you’re there, are actually quite normal and don’t signal impending memory loss.

But when memory and other cognitive issues start to interfere with normal functioning, that’s a possible sign that warrants more attention. People with mild cognitive decline and/or early stages of dementia may simply stop doing things they used to do or have difficulty with regular tasks like paying bills. This infographic from the National Institute on Aging details some common differences between normal aging and signs of serious memory loss.

Brain fog may be a normal fact of life, especially with today’s stress-filled lifestyle, but it’s usually nothing to worry about. Managing your self-care and staying healthy in other areas can go a long way towards clearing away the fog.

From Diet to Disease: How Food Drives Chronic Inflammation

Chronic inflammation affects the entire body–including the brain. If you have brain fog, memory issues, trouble concentrating, or any kind of cognitive impairment, don’t overlook the effects of diet and inflammation.

Researchers and scientists have understood for a while now that certain aspects of our diet are leading to an epidemic of chronic diseases–from heart disease to cancer to Alzheimer’s disease. Our modern diets are certainly a factor, but why?

Our hunter-gatherer ancestors ate a wide variety of whatever they could find, pick, or hunt, whenever it was available. We’ve evolved to harness nutrients from many foods, and even periods of starvation. As a result, our bodies have a fairly large buffer when it comes to nutritional stress–in other words, we’re biologically designed for diet ups and downs.

Instead of the varied diet of our ancestors, which naturally covered all of the nutritional bases, modern diets rely heavily on fried and processed foods and less on fruits and vegetables. This literally tips the scale by pushing the body beyond its capacity to adapt and igniting the long, slow burn of chronic inflammation.

The good news is that chronic diseases are largely preventable, and changing your diet can go a long way towards cooling down the inflammation.

But what exactly is inflammation, how does it relate to diet, and how can we control it?

Inflammation is good — until it isn’t

Inflammation is not inherently harmful. It’s a natural part of the immune system that the body uses to protect you against foreign dangers.

When the body detects something that shouldn’t be there, acute inflammation often occurs as part of the immune response. You’re probably familiar with this kind of inflammation, clearly visible after an injury in the form of redness, swelling, and pain. In a healthy person, the response is robust enough to meet the threat: it puts the body under stress in order to do what it needs to do. When the threat is gone, the body quickly returns to baseline.

But sometimes the body’s immune system doesn’t operate as intended. It’s as if a minor alarm is going off all the time, subjecting the entire body to constant, low-level stress and inflammation. That in turn leads to chronic disease. Comprehensive protocols, like in the Aviv Medical Program, take diet into consideration when personalizing hyperbaric oxygen therapy treatment protocols for brain and physical performance.

Stress is actually a normal situation for the body; at least, on the cellular level. That even applies to oxidative stress, the kind created by free radicals and ultimately leading to chronic inflammation.

Our body naturally produces free radicals as a result of normal cellular metabolism and they have important jobs in the cell. After they perform their functions, antioxidant molecules help neutralize these reactive free radicals.

It’s about balance: as long as the body has enough antioxidants to neutralize the potentially damaging free radicals, the system runs well. But if something tips the balance, free radicals can build up and cause oxidative stress, which begins a vicious cycle.

Oxidative stress, when out of control, wreaks havoc on your cells. Free radicals are very reactive biochemically because they’re missing an electron, making them unstable. They will essentially rip an electron off any nearby molecule indiscriminately–even your DNA is susceptible. The cellular damage that results is then recognized by the immune system, which kicks off the inflammatory response, similar to that of acute inflammation. While they’re helping clean up the mess, however, immune cells like macrophages actually produce free radicals themselves, making the problem even worse.

Because the chronic immune response is comparatively weak compared to an acute response, it can easily go unnoticed and thus untreated, for a long time.

The Center for Disease Control (CDC) reports that 6 in 10 adults in the US have at least one chronic condition. The CDC defines a chronic disease as “conditions that last 1 year or more and require ongoing medical attention or limit activities of daily living or both.” Here are some other facts about chronic disease and nutrition:

It’s probably no surprise that all of those factors can fuel the cycle of inflammation and lead to disease. 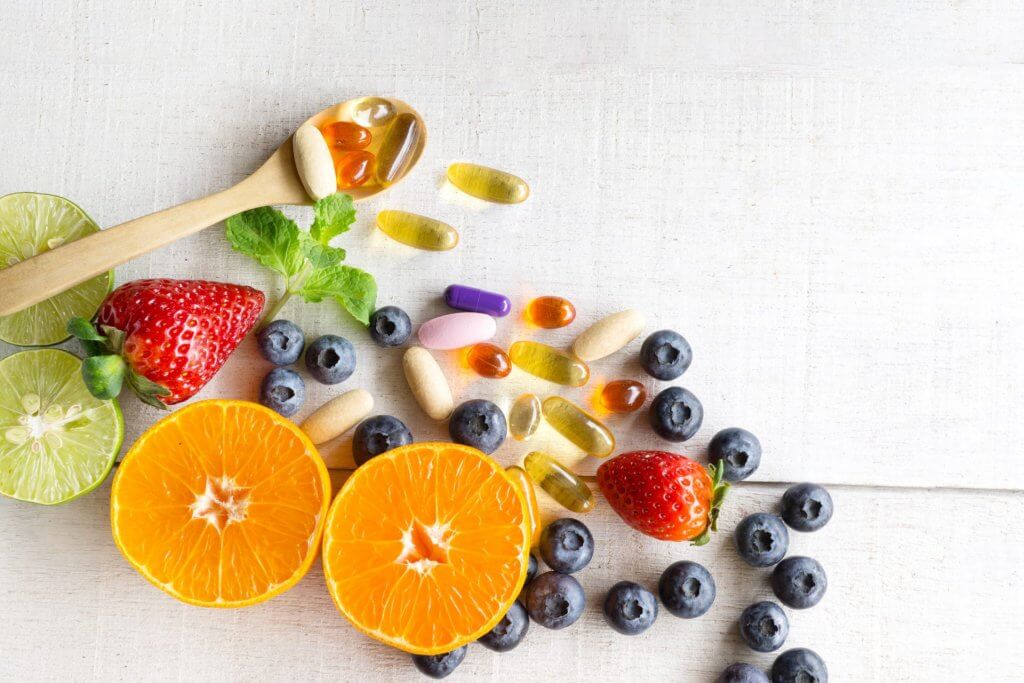 So can’t we just take antioxidants to balance the free radicals?

Antioxidants became popular in the 1990s, when research first began to reveal that oxidative stress and inflammation were the culprit behind heart disease. Taking antioxidants seemed to be the perfect solution to counterbalance the free radicals produced by our modern diet.

In reality, a supplement pill cannot close the nutritional gaps our diets leave behind. From antioxidants to vitamin C, there are a few reasons why supplements aren’t the answer.

Scientists can’t yet explain the exact reasons that supplementation falls inferior to food, but the studies show it nonetheless.

There are lots of anti-inflammatory diets out there, but if you want to focus on your cognitive health, check out the MIND diet.

The MIND diet, which stands for Mediterranean-DASH Intervention for Neurodegenerative Delay, combines two popular and scientifically proven diets (the Mediterranean and DASH diets, as the name implies) and was specifically developed to optimize the anti-inflammatory effects on the brain. 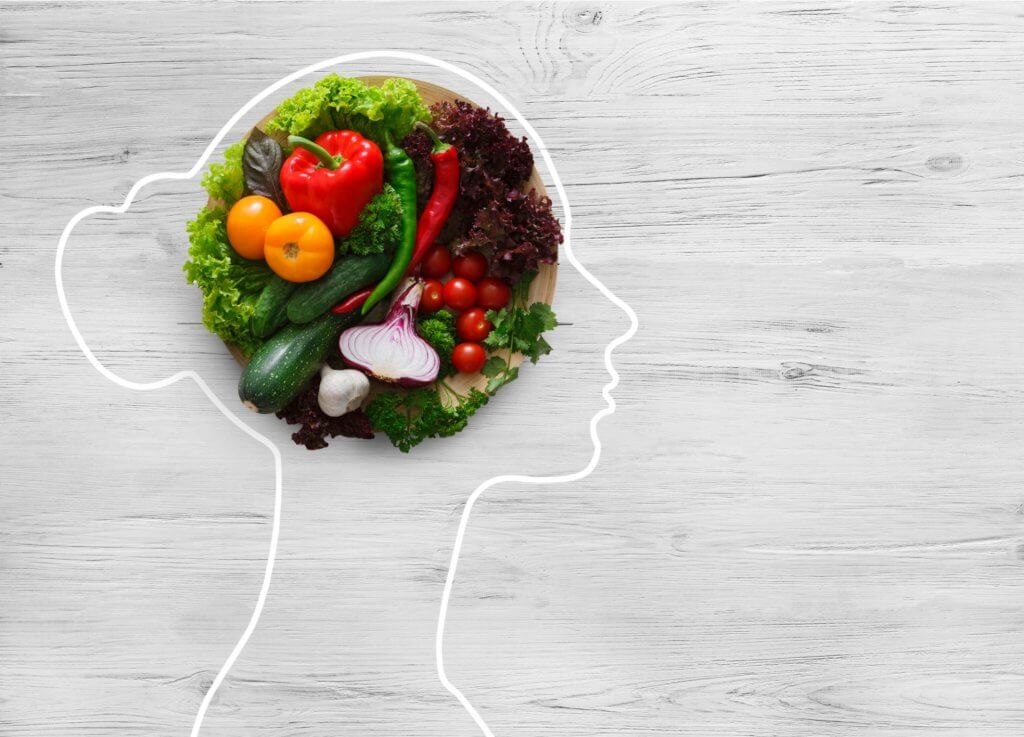 This diet has a lot of science behind it; modified from two plant-based diets that already have strong research behind them, it’s designed around foods that have proven to have cognitive benefits. Research on the MIND diet itself showed that it works, including 53% decrease in Alzheimer’s risk in older adults when they adhered to the diet.

It’s important to remember that sticking to a particular diet 100% isn’t the goal, and it’s not necessary to get benefits. Studies show it need not be all or nothing–those who followed the diet “moderately well” saw a 35% decrease in Alzheimer’s risk.

The MIND diet has numerous advantages, including its simplicity: it prescribes just 10 foods to eat, including dark leafy greens and other veggies, berries, nuts, olive oil, poultry and fish, and 5 foods to eat less of–including cheese, butter, fried food, red meat, and sweets.

It’s important to remember that any change in the right direction can impact your health. If all you did was find a way to eat a single, big handful of leafy green vegetables every day, you’d be getting a wealth of fiber, antioxidants, vitamins and minerals, and working to slow down the inflammation process that can lead to chronic disease.