Age-Related Cognitive Decline: The Science That Slows It Down

Cognitive health — the ability to think clearly, learn, and remember — is essential in helping us live happy and fulfilling lives.

Maintaining our cognitive health can become a challenge as we get older. Like the physical changes that occur in our bodies (e.g., stiff joints, wrinkles, etc.), our brain’s cognition also changes slowly and subtly over time.

You may notice you’re struggling to pay attention, for example, or find you’re having trouble recalling conversations or people’s names. These experiences are a natural part of aging and manifest as a condition coined age-related cognitive decline.

Cognitive Decline, the Earliest Symptom of Dementia and Alzheimer’s Disease

According to the Centers for Disease Control and Prevention (CDC), cognitive decline is a self-reported experience of “worsening or more frequent confusion or memory loss.” It’s considered one of the earliest symptoms of Alzheimer’s disease and other related dementias.

While experiences may be different person-to-person and can vary daily in scope and severity, common age-related cognitive decline symptoms include the following areas:

If you are experiencing any of these symptoms, take the opportunity to have a conversation with an Aviv Clinics physician to assess their severity and what you can do to improve your cognitive health.

There are four main reasons age-related cognitive decline may occur:

Approximately 10% to 15% of people with MCI develop dementia every year. Dementia is an umbrella term that encompasses a variety of neurological conditions. These conditions negatively affect the brain—nerve cells stop functioning normally and eventually die, causing cognitive decline.

There are different types of dementia, such as:

How Science Slows Down Cognitive Decline

Your brain is a superpower, but energy (in the form of oxygen and proper nutrition) is needed to make it so. If you give your brain energy, especially as you age, you can effectively slow down the aging process.

Aviv has developed a way to harness the power of oxygen using Nobel Prize-winning research. The Aviv Medical Program includes a variety of therapies, including Hyperbaric Oxygen Therapy (HBOT). What is HBOT? It involves sending 100% pure, pressurized (10-15 times higher than normal) oxygen to your deprived brain cells and body tissues, turbocharging your body’s own regenerative mechanisms. The result is faster healing of damaged tissues and higher regeneration of stem cells. 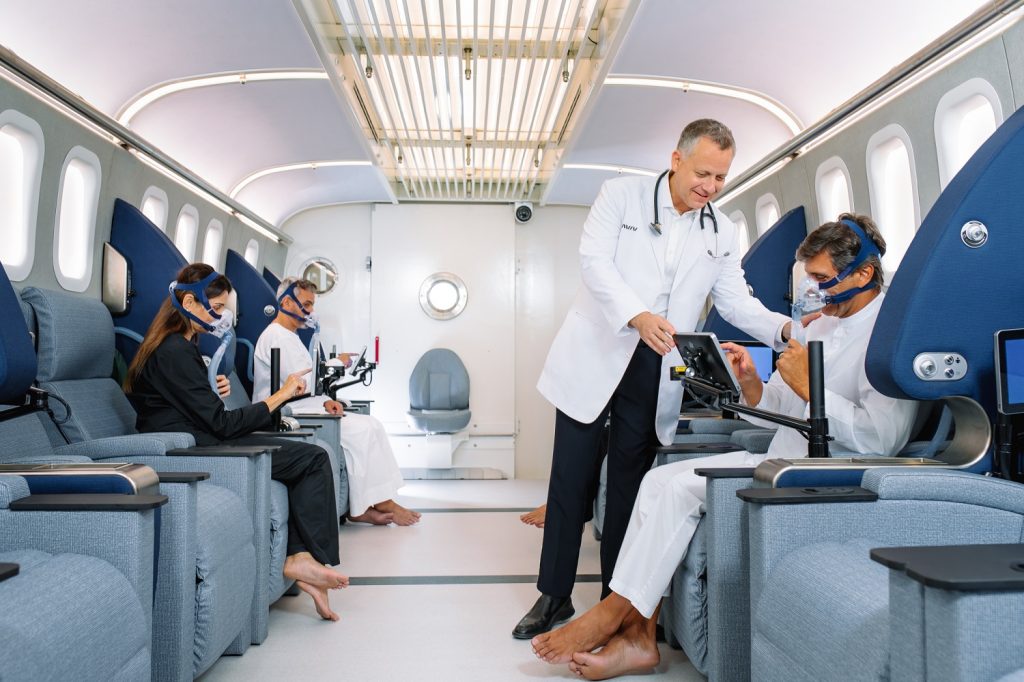 If you’re concerned about your (or a loved one’s) age-related cognitive decline, be sure to contact Aviv soon.