What is Alzheimer’s Disease? Early signs and symptoms

According to the Alzheimer’s Association, ten early warning signs of late-onset Alzheimer’s disease include:

If you’re experiencing a cognitive problem that impacts your daily life, don’t ignore it.
Dementia is not a normal part of the aging process. The sooner you seek help, the sooner you can take action against cognitive decline.

There’s still a lot we don’t know about how Alzheimer’s disease forms or why some people have a greater risk of developing it than others. It’s an active area of study, and researchers are discovering new things every day. The general consensus among scientists is that a combination of genetic, environmental, and lifestyle factors contribute to the development of Alzheimer’s disease. Let’s take a look at some of the factors below:

People with Down’s syndrome also carry a greater risk of developing Alzheimer’s disease, and so do those with certain conditions like high blood pressure and type 2 diabetes.

Harmful structures in the brain

Scientists typically focus on two different protein structures in the brain associated with Alzheimer’s disease: Neurofibrillary tangles and amyloid plaques. It’s not currently known whether the presence of these structures causes Alzheimer’s disease, or if they’re simply byproducts of it. Both can impair cognitive function and can worsen as the disease progresses. 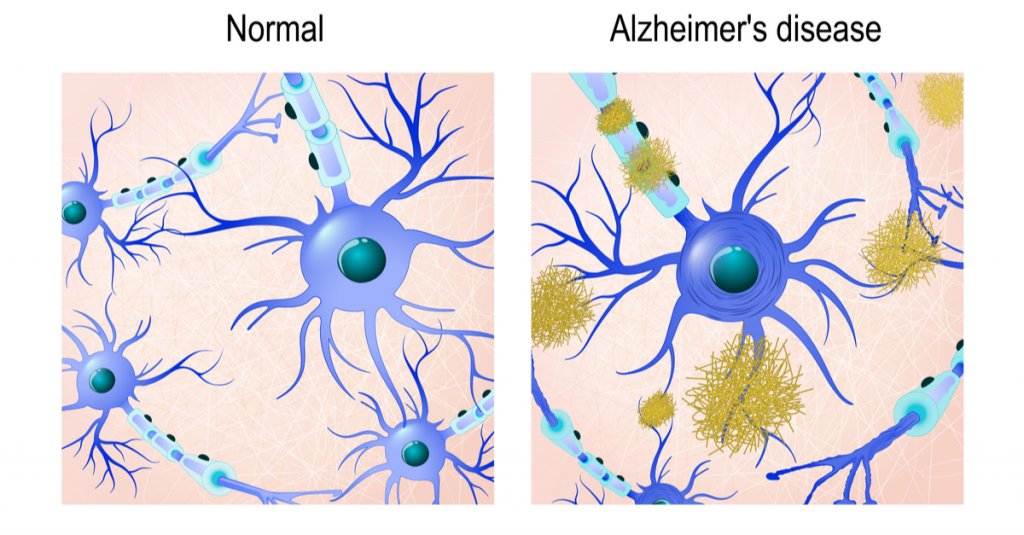 Amyloid plaques are hard, insoluble clumps of beta-amyloid proteins that build up between neurons. Like neurofibrillary tangles, These plaques are toxic to brain cells and disrupt cel-to-cel communication. They can eventually result in cellular death, inhibiting cognitive abilities even further.

Brain scans can reveal the presence of both protein structures, which can alert your doctor to the presence of Alzheimer’s disease or that you’re at risk for developing the disease.

Both early-onset and late-onset Alzheimer’s disease have a genetic component, meaning that If you have a family history of Alzheimer’s, you carry a greater risk factor for developing the disease than someone who doesn’t.

The risk factor is greater if an immediate family member suffers from the disease, such as a parent or sibling.

Genetics are almost always the primary contributing factor of early-onset Alzheimer’s disease, which usually occurs around age 30 or 40. Researchers have yet to identify any specific genes responsible for the development of late-onset Alzheimers. However, certain mutations of the APOE gene, which are found in chromosome 19, can contribute to a greater risk of Alzheimer’s disease.

The specific gene mutation APOE ε4 is associated with higher levels of amyloid plaques and is often found in people who suffer from Alzheimer’s disease. Genetic testing can reveal the presence of any gene mutations that put you at risk for cognitive decline.

Your doctor may order genetic testing if you have a family history of cognitive problems or early-onset dementia.

How can I prevent Alzheimer’s disease? 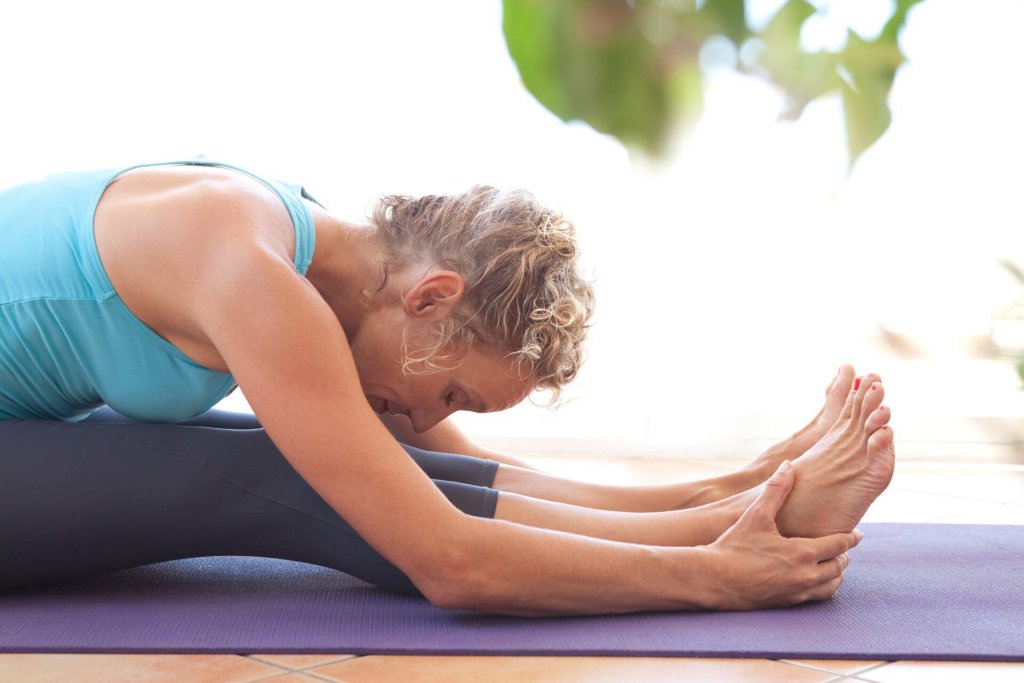 While none of us can change our genetic makeup, we can change our lifestyle. Practicing healthy habits can help lower your risk factor for nearly any disease, not just cognitive-related conditions. Lowering inflammation levels in your body can also help lower inflammation in the brain. Some of the things you can do to preserve your cognitive health include:

Hyperbaric Oxygen therapy (HBOT) has also shown promise as a potential preventative measure for biomarkers of Alzheimer’s disease. Recent research has demonstrated that HBOT can shrink existing amyloid plaques in the brain and even prevent new ones from forming altogether. The same study revealed that HBOT was also able to improve memory recall in people who suffered from mild cognitive impairment, giving us hope that HBOT might one day become a viable drug-free method for preventing cognitive decline.

While we still have a lot to learn about Alzheimer’s disease, anyone can lower their risk factors by taking charge of their lifestyle. Eating right, staying active, and challenging your brain are all viable tools in the fight against Alzheimer’s disease. Preserving your cognitive health starts with the choices you make every day.

Take care to maintain your health while scientists continue to learn more about Alzheimer’s and search for a cure.

We all know how dangerous high blood pressure is. It’s directly linked to problems like heart disease and strokes. But there’s a side effect to having high blood pressure that doesn’t always get talked about in mainstream studies: cognitive decline.

Nearly one in three Americans and nearly two-thirds of adults aged 60 and older suffer from high blood pressure, making it one of the most notorious killers in the United States.

Having high blood pressure can directly affect your cognitive function, causing problems like brain fog and forgetfulness. It can even lead to more serious cognitive issues like vascular dementia. Fortunately, there are actionable steps you can take to manage your blood pressure, no matter your age. There are also treatment options, such as the research-based hyperbaric oxygen therapy program at Aviv Clinics, that target post-stroke and age-related cognitive decline.

What is high blood pressure? 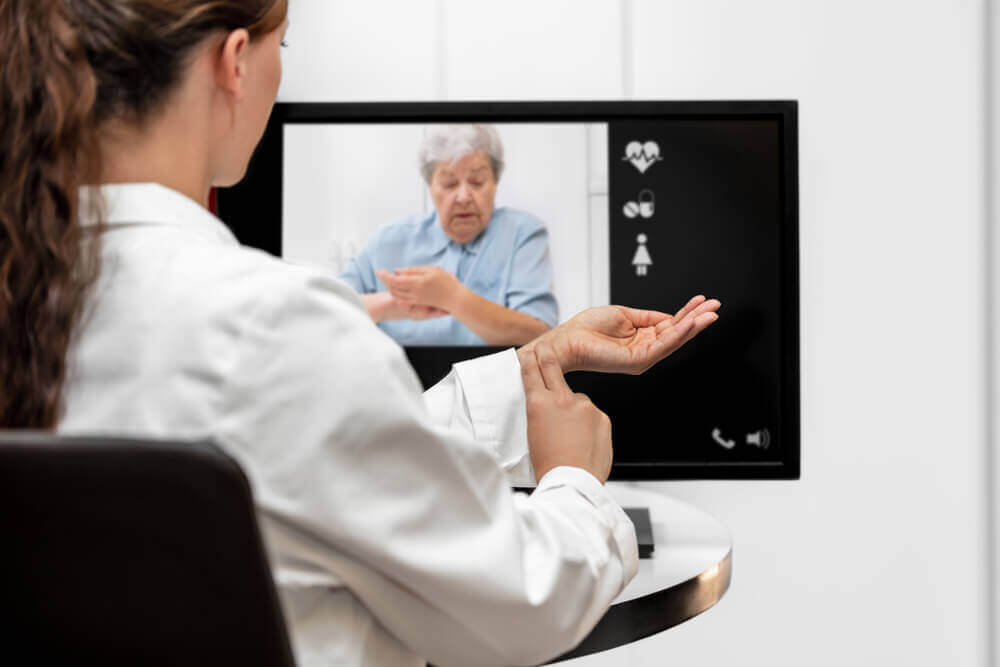 Every blood vessel in your body requires a certain amount of pressure to stay intact. Without it, they’d collapse on themselves like a vacuum. It’s when your blood pressure wanders outside of the acceptable range that health problems start to happen. Low blood pressure is called “hypotension” and can cause problems like dizziness or fainting.

High blood pressure, or hypertension, is common in the United States because of our high cholesterol diets, sedentary lifestyles, and high-stress levels. The higher the blood pressure, the greater your risk for health problems, like heart disease, heart attack, and stroke. It also increases your risk for cognitive problems later in life.

Blood pressure is measured in millimeters of mercury, (mm and Hg). The upper number, systolic pressure, measures your heartbeats. The lower number, diastolic pressure, measures the time that your heart relaxes between beats. Normal levels of blood pressure are different for every person and depend on factors like age and weight. According to the American College of Cardiology and the American Heart Association, Stage 1 hypertension occurs at 130/80 mm Hg and Stage 2 hypertension occurs at or above 140/90 mm.

How does high blood pressure affect the brain?

While the exact connection between hypertension and brain function is still a little fuzzy, scientific studies are helping to clear the fog. In this study, around 3,700 Japanese-American men living in Hawaii were randomly tested on their cognitive performance. The men averaged around 78 years in age and their blood pressures had already been logged in detail years prior, as a part of previous studies.

After adjusting for biases like prior education and age, the men who performed the poorest on the test were those who had experienced high blood pressure in middle age, suggesting a direct connection between hypertension and cognitive decline later in life. More recent studies have helped to reaffirm this connection, suggesting that high blood pressure and cognitive decline go hand in hand.

Another way high blood pressure can affect your brain is through vascular dementia, a type of dementia caused by blood flow problems in the brain. Patients often experience the same cognitive symptoms as those who suffer from other types of dementia, including confusion and memory loss. Having high blood pressure directly increases your risk of developing vascular dementia because of the strain it puts on your brain’s blood vessels, making it difficult for the brain to get the oxygen it needs to function properly.

Fortunately, vascular dementia can be improved through hyperbaric oxygen therapy (HBOT), such as the type available at Aviv Clinics in central Florida. HBOT works by delivering oxygen directly to the brain in a pressurized environment. This allows the damaged blood vessels in your brain to heal, helping you regain your cognitive functions.

What can I do to prevent high blood pressure?

While medication is often the first thing people think of when it comes to treating their blood pressure, healthy lifestyle choices are really the best medicine. And while it’s always better if you can correct these problems sooner in life, you can still make a positive change to improve your hypertension if you’re an older adult.

The absolute best things you can do for your high blood pressure and brain health are to follow these 5 main steps.

Managing stress levels is especially important for blood pressure and brain decline because high levels of stress increase cortisol production in the body. Having elevated cortisol levels in your body raises blood pressure. And effects of cortisol on the brain can include brain fog, confusion, trouble concentrating, trouble sleeping, and even more cognitive problems. 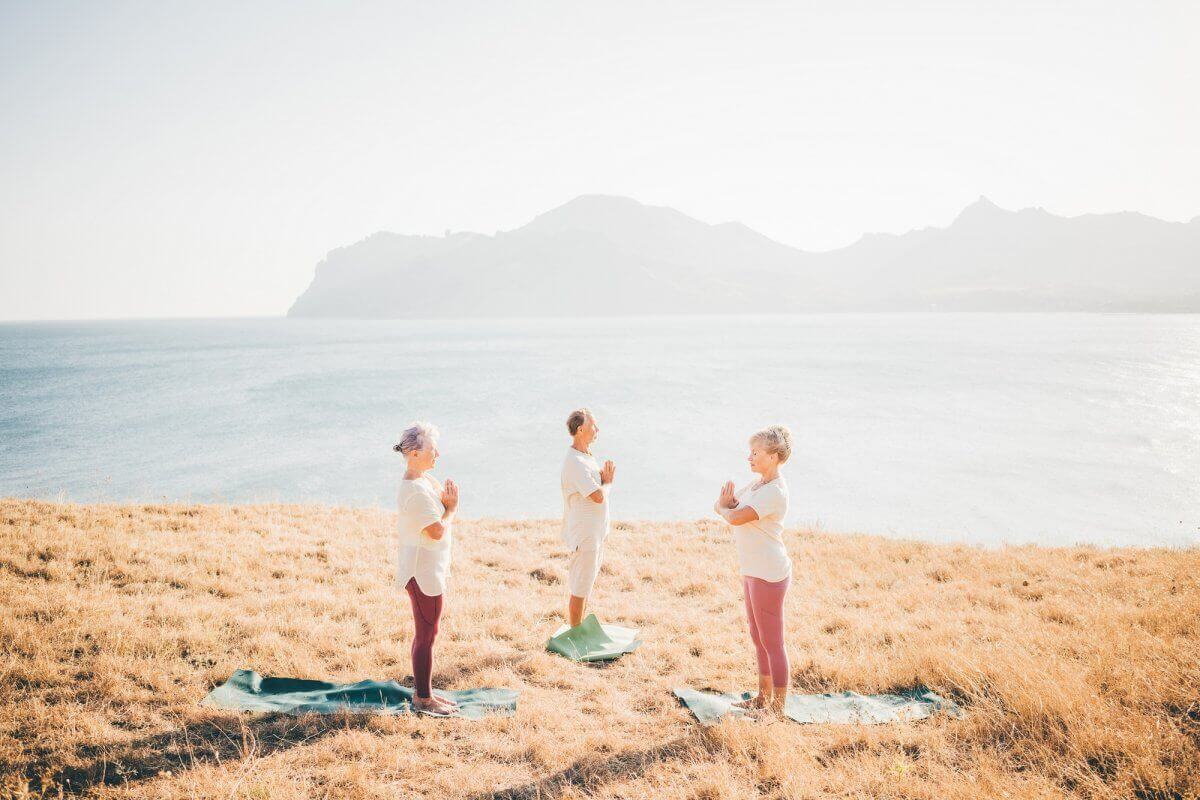 Some things you can try to calm your body are soothing activities like yoga or meditation. Practicing mindfulness meditation can help you stay grounded in the present moment, and scientific studies have proven its effectiveness in managing stress levels. Yoga is also an excellent choice because it combines the principles of mindfulness with exercise, a two-for-one benefit!

If neither of these activities is quite your speed, pick another relaxing activity. Just about anything will do: golfing, gardening, reading a book, or even playing a video game with your grandchildren. Having fun is the important part. As long as you’re enjoying yourself, your stress levels will naturally go down, and the pressure in your body will ease.

While it is a dangerous condition, especially later in life, it is possible to manage high blood pressure and brain health by making healthy choices in your life. It’s never too late to start!